SPRING (Simulation for Pollen Route INvestiGation) is a japanese disease-fighting project, lead by the Weather Service Ltd. and NTT DATA Corp. The project does scientific research on the pollen route in Japan, especially in the Kanto region, using both, a two- and a three-dimensional model. In that model an area of 10,000 sq km of wood in the Kanto region is divided into 4,000 virtual pieces. The application, implemented by the Weather Service and the NTT Institute for Environment and Energy, simulates the spread of pollen within those areas. Since this project is part of the distributet computing projects network provided by the japanese initiative Cell Computing, this project is available in japanese, only.

In the period from may 2007 until july 2007 it was activated again. The result was published in september 2007 here.

It is possible that this project is activated once again in the future. 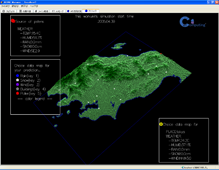 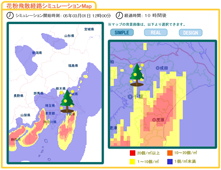