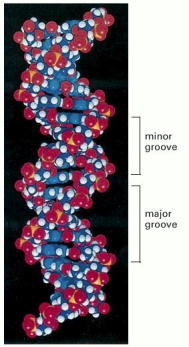 The goal of DNA@Home is to discover what regulates the genes in DNA. Ever notice that skin cells are different from a muscle cells, which are different from a bone cells, even though every cell in your body has every gene in your genome? That's because not all genes are "on" all the time. Depending on the cell type and what the cell is trying to do at any given moment, only a subset of the genes are used, and the remainder are shut off. DNA@home uses statistical algorithms to unlock the key to this differential regulation, using your volunteered computers. 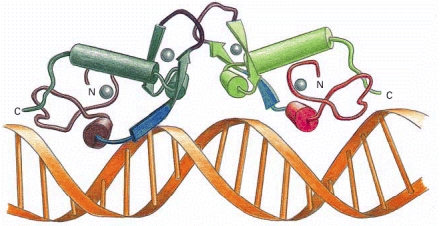 Transcription factors have "fingers" that prefer a certain short, sloppy pattern in the nucleotides "letters" of a DNA sequence, but in many cases we don't know what these patterns are. Our software looks for short sequences of nucleotides that appear more-or-less the same near multiple gene beginnings and which also appear more-or-less the same in the corresponding locations in the genomes of related species. As DNA sequences are huge, ranging from millions to billions of nucleotides, and these sequences are short and only approximately conserved from one site to the next, this is a real needle-in-the-haystack problem and requires lots of computational power. We hope that your computers can help.

Our current plans involve tackling the Mycobacterium tuberculosis genome to thoroughly understand how tuberculosis accomplishes what it does -- so that others can use that information to stop this disease that kills millions every year. We also plan to tackle Yersinia pestis, the cause of bubonic plague.

DNA@Home was based at Rensselaer Polytechnic Institute.

Travis Desell has moved to the Rochester Institute of Technology [1].

The homepage of the Citizen Science Grid is no longer available. Call of October 2nd, 2018.

DNA@Home uses the BOINC infrastructure. The registration, installation and configuration are described in the user manual.